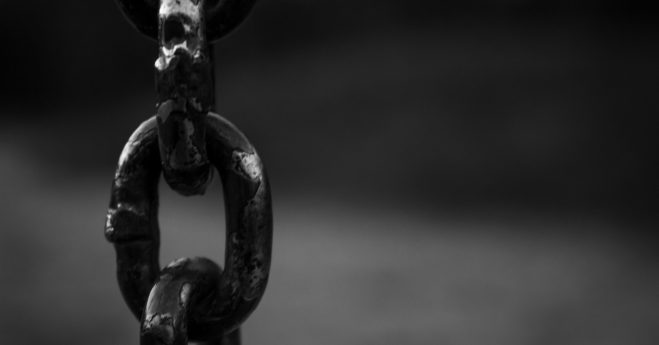 There is a difference between freedom and autonomy. Autonomy means “self-government.” It comes from the Greek words autos, meaning “self,” and nomos, meaning “law.” To be autonomous means that you are a law unto yourself; you can set your own rules. But whenever we discuss autonomy, we usually have to limit the scope. This should make us question whether or not true autonomy actually exists.

When I was in fourth grade I was delighted to finally have my own room. I thought, This is great! I can stay up as late as I want playing Legos. But my supposed autonomy was limited. It was limited to the four walls of my room. I also had to be very quiet so as to not let my parents know I was still awake. I might even need to play with the lights off in order to keep my cover. But it’s hard to play Legos at midnight with the lights off. And there were other laws I had failed to consider, such as the natural law that little boys get tired when their bedtime passes. Having my own room did not make me as autonomous as I thought. I had more freedom, but I did not have autonomy.

In 1776 when the United States declared independence from Great Britain, they did not declare autonomy. They threw off the restrictions of a foreign nation, but they still recognized the authority of God.[1] They especially recognized this authority as expressed in natural law, so the new nation did not view itself as autonomous. Moreover, individual citizens did not become autonomous. They were freed from one government, but immediately became subject to another.

During and after the American Civil War, when the slaves were freed, they did not become autonomous. They were eventually freed from their owners,[2] but they remained subject to federal, state, and local government.

This is one of the places where we see the genius of Luther’s Small Catechism. In the meaning of the Second Article of the Apostles’ Creed, he writes that Jesus Christ has “bought me and freed me from all sins, from death, and from the power of the devil.” Here are the three objects of Christian freedom: sin, death, and the devil. Christ did this, “not with silver and gold, but with His holy and precious blood and with His innocent sufferings and death.” But this freedom is not autonomy. Luther goes on to state the purpose for which Christ did this: “in order that I might be His own, live under Him in His kingdom, and serve Him in everlasting righteousness, innocence, and blessedness.” Now that doesn’t sound like autonomy. That doesn’t even sound like freedom. It sounds like slavery. And it is! To be freed from sin means that we become slaves of righteousness. To be freed from death means that we become slaves of life. To be freed from the power of the devil means that we becomes slaves of Christ. We are still slaves, but instead of being slaves to bad things, we become slaves to good things.

The song is extremely simple, because it emphasizes this singular point: whoever you are, you serve somebody, and there are only two possibilities. It seems simple, but it runs completely counter to human nature. Ever since our first parents sought to become like God, we have been seeking personal autonomy. The dream of humanity is that we can be what we want and do what we want without anyone else telling us what to do. But that autonomy is a myth. It doesn’t exist. Bob Dylan doesn’t acknowledge its existence, and neither does Scripture.

The apostle Paul teaches in Romans 6,

Do you not know that if you present yourselves to anyone as obedient slaves, you are slaves of the one whom you obey, either of sin, which leads to death, or of obedience, which leads to righteousness? But thanks be to God, that you who were once slaves of sin have become obedient from the heart to the standard of teaching to which you were committed, and, having been set free from sin, have become slaves of righteousness. …

For when you were slaves of sin, you were free in regard to righteousness. … But now that you have been set free from sin and have become slaves of God, the fruit you get leads to sanctification and its end, eternal life. (Rom. 6:16-18, 20, 22)

Christian freedom does not mean that we may do what we want. It actually means that we are slaves of righteousness. Do not confuse freedom for autonomy. Always ask, “What have I been freed from?” If I have been freed from sin, then I am not free to return to it. If we do what we want—that is, if we gratify the desires of the sinful flesh—we are actually returning to slavery to sin. If we use our Christian freedom to serve ourselves, we are simply being selfish, which is the essence of sin, and we are returning to our former slavery. It is impossible to be autonomous, because autonomy is self-serving. This is sin, and the very attempt returns us to slavery to sin.

This is what we have been freed from. And notice this is passive. We did not free ourselves. Someone else set us free. Christ set us free by purchasing us with his own blood. So our sins do not immediately return us to slavery to sin, death, and the devil. Our slavery or freedom does not swing back and forth between Christ and the devil depending on whether or not we are being obedient at any given moment. Christ purchased us. This means that he has a claim on us. When you commit a sin, you do not immediately become a slave to sin, because Christ’s claim on you is stronger than your sin. What you are doing, however, is acting like a slave. Why would you act like a slave to sin when you are not? Christ set you free. Thanks be to God. So live in this freedom—that is, as a slave to righteousness.

[1] The founders did not unanimously understand God to be the Triune, Christian God. My point is not that they founded the United States as a Christian nation, but simply that they recognized the authority of natural law. For a more educated perspective on this issue, give a listen to one of these: https://issuesetc.org/2018/09/20/2632-the-u-s-constitution-origins-and-context-of-the-constitution-dr-russell-dawn-9-20-18/ or https://issuesetc.org/2018/08/31/2421-the-u-s-constitution-influences-on-the-american-founding-dr-russell-dawn-8-31-18/

[2] This process was a messy ordeal. The Emancipation Proclamation (January 1, 1863) did not, in practice, free the slaves. The rebelling states still needed to be brought back under the authority of the federal government, and then the proclamation had to be disseminated and enforced.